Looking at the Different Levels of Influencers 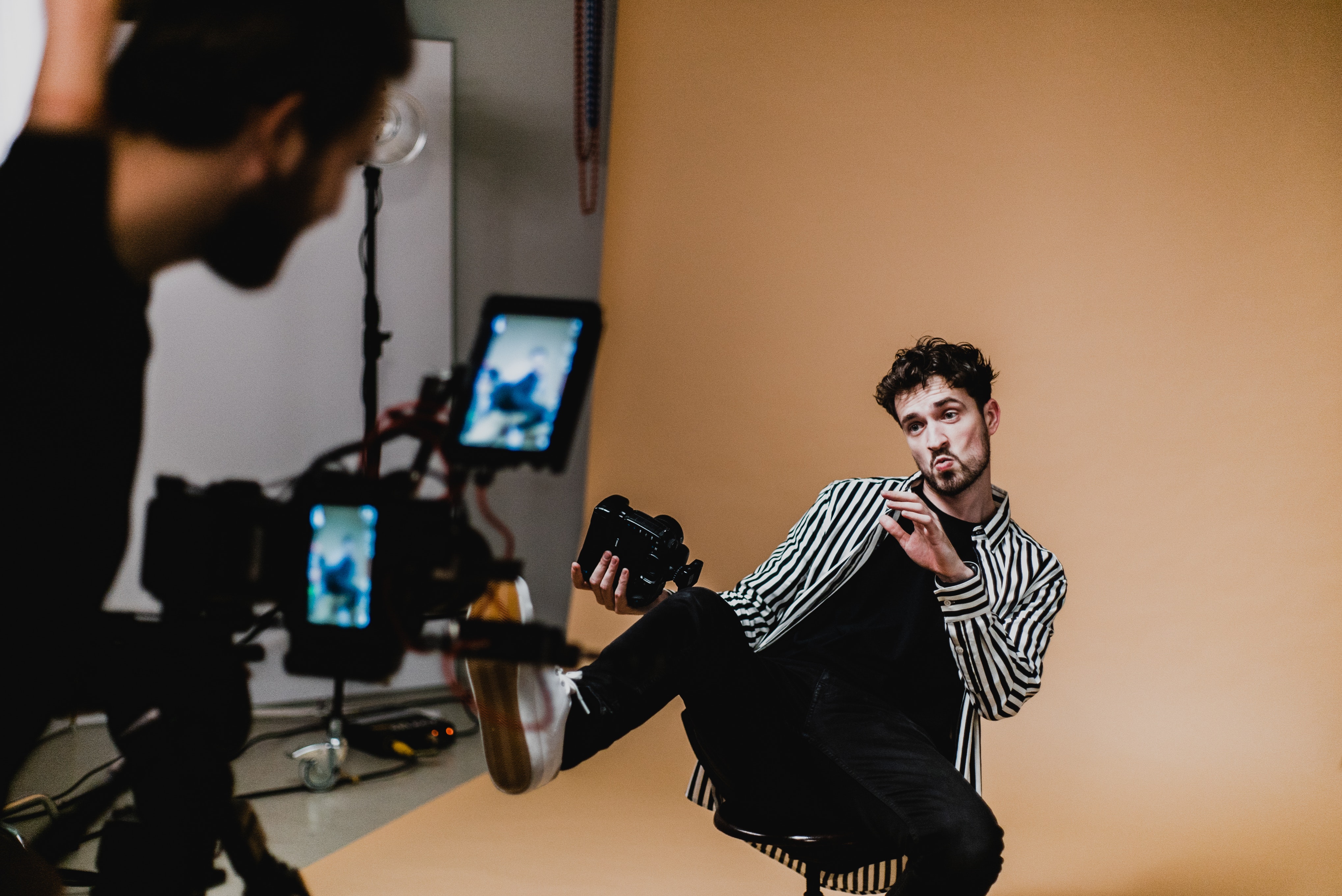 Many businesses wading into the digital or social media marketing space have now acquainted themselves with influencers and the TikTok creator marketplace. As social media has evolved, so too has the role of these influencers. Brands rely on a wide variety of figures to speak to their customer base. The nature of your product, the details of your target demographic, and the specifics of your campaign will all determine who you call on for a particular marketing initiative. In a broad sense, when you’re selecting an influencer who will meet a particular marketing objective, you’re usually deciding to leverage connection versus reach. Celebrities, macro-influencers, micro-influencers, and even nano-influencers each fall somewhere along this continuum.

Some definitions are in order. It used to be that celebrities and influencers were essentially one and the same. The terms were used interchangeably. However, as the online marketing sphere has grown more diverse and specialized, we now recognize a minimum of four major types of influencers. By the numbers, a mega-influencer must reach over 1 million people. Macro-influencers have anywhere from 100,000 to a million followers, while micro-influencers boast 10,000 to 100,000 followers, and nano-influencers will reach 10,000 or fewer.

Taylor Swift or Christiano Rinaldo are clearly the kind of figures we’d classify as celebrity mega-influencers. As household names with many millions of followers across all their social media channels, they’re able to sell products and raise awareness almost instantaneously. In enlisting someone of their stature, you would want to highlight the ways in which your brand intersects with their own — how does your product or service tie into their particular flavor of music and fashion or sports and fitness? A mega-influencer campaign is most successful when there’s a clear link between the celebrity and the product, one that consumers can recognize and resonate with. This specificity and brand alignment become even more important as you proceed along the tiers of influencer.

As a rule of thumb, the narrower the following, the more niche the interest and, potentially, the more immediate the audience-influencer connection. Screenwriter and creative writing influencer John August has 87.5K twitter followers. As experts in their field, these kinds of micro-influencers have cultivated their audience around a concentrated subject area. This impassioned following, while smaller, gives their time and attention to the interest at hand, be it camping, writing, housekeeping, parenting, triathlete training, cooking, gardening — you name it. They turn to their micro-influencer of choice for tricks, tips, and techniques, so any product they might recommend becomes an obvious draw. It’s a no-brainer for people who admire them not strictly because of their talent, beauty, or prestige, but because they represent a level of accomplishment the follower themselves feels they could conceivably attain for themselves. So while Taylor Swift might represent a certain fashion line or Rinaldo might tout his preferred athletic apparel, their average followers probably won’t jump to make those purchases. They don’t realistically aspire to the same level of recognition or performance within soccer or songwriting.

However, when John August recommends a particular type of screenwriting software to a following that is comprised largely of writers, it’s much more likely the average follower will jump to purchase it. The same pattern holds true for nano-influencers, those individuals with followings as small as ten thousand — and sometimes in the hundreds. Many TikTok creators fall into this category. They’re self-described experts in a particular area, often without professional credentials, but they’ve leveraged their personality and passion to accrue a modest but enthusiastic assortment of followers ready to hear their ideas and input.

Nano-influencers often wield significant sway. They are typically the most approachable and relatable of all the influencer types. They engage regularly with the audience, frequently holding public live chats, answering direct messages, and often replying to many or all of the comments people leave on their content. The people they attract form like-minded communities committed to a shared interest, hobby, or pursuit. When a company or product matches their goals or meets their needs, they will opt to go all-in: supporting, embracing, and promoting the product amongst themselves. For instance, theater lovers across the country often plan trips to New York once or twice a year to catch the latest Broadway shows and revisit long-running favorites. The cost for tickets and travel often eats through a lot of their budget, and fans are constantly looking for affordable places to stay in or around New York City. Any hotel or hostel in the region looking to cater to this demographic of visitors could receive business by partnering with a theater-loving nano-influencer on TikTok.

As you’re enlisting a TikTok content creator with a TikTok creator account, you’re probably considering their TikTok creator marketplace qualifications. If you’re wanting to get the most bang for your buck, is it worth it to nab an A-list celebrity who can blast your brand to the largest number of eyeballs, or does it pay to favor the smaller influencers who will explore, discuss, and promote your services in detail to a small band of loyal followers? In reality, it all depends on your marketing objectives and what you’re trying to achieve with your influencer or ambassador program. Brands looking to maximize their marketing dollars in the influencer arena often benefit from diversifying their influencer pools and leveraging the advantages of each tier. Each type of influencer will secure different kinds of results. As you and your team prioritize what you wish to achieve, you can dial in your campaign accordingly. As you move through your efforts, you will want to remain mindful of the strengths and weaknesses associated with each level of influencer.

If you want widespread visibility and public awareness that casts a wide net, almost nothing accomplishes this quicker than a partnership with a major influencers who can speak to as many as 1 million people. These influencers often work through a range of outlets and channels and provide you the opportunity for exposure on far-reaching programs like Good Morning America or online media publications. A recent campaign on behalf of the American Diabetes Association was highlighted on both the Today Show and Entertainment Weekly, thanks to Kelly Clarkson, Camila Cabello, Keke Palmer, and Mark Cuban.

When you’re working with mega-influencers, you’re not only helping yourself to their expansive platform, you’re also aligning yourself with their own carefully cultivated brand. You have to find the way the star relates to your product and vice versa. The public are bloodhounds when it comes to sniffing out inauthenticity. When they see a celebrity marketing a product, they’ll always have the thought — “they were paid to do that.” The trick is, you want that thought so far in the background that they disregard it and transfer their fascination with the celebrity to a fascination with your product.

Sometimes an unexpected brand pairing can yield such fun and exciting results it never occurs to anyone to label it as a stunt. In recent years, Snoop Dogg’s friendship with Martha Stwert has drawn amusement and charm that has allowed them to cross-promote their brands. Similarly, in a memorable pairing from 2019, Cardi B spoke with senator Bernie Sanders about their shared working class backgrounds. Not only did her fans gain a newfound interest in the election, the video’s 22 million views gave Sanders more exposure than any of his primary debates. For generating mass awareness or rallying support for a cause, going after a macro-influencer is a logical route.

How Micro and Nano-Influencers Go Deep

What a micro-influencer lacks in terms of their sheer number of followers, they make up for in their ability to form deep connections and persuade people toward new ways of thinking, spending their money, or interrupting their established product choices in order to actually try out new brands. If your product requires a consumer to take a specific action that is different from their usual routine — for example, going online to purchase a newer, more expensive version of a product they would usually buy in-person at a store — these scenarios are where micro and nano-influencers are your best friend. They actually alter the habits of their followers and encourage a new level of excitement about particular items and brands.

A micro and nano-influencer also tends to drum up greater levels of engagement. For example, an Instagram micro-influencer may average an  engagement rate of 3.86 percent—compared to the 1.21 percent a macro-influencer might inspire. Some nano-influencers can even command engagement rates as high as 10 percent! You have to think about getting access to that passionate niche following that cares about a certain topic. Once you become their brand of choice, you’re golden.

You might be asking yourself how to identify which influencer is an ideal fit for your brand. To find the right individuals, consider working with a micro-influencer agency. They are part of the creator marketplace TikTok prides itself on. First, think carefully about how much you’re willing to spend, who you’re trying to attract, and how a particular influencer comes off on screen. Do they reflect the attitude and sensibility of your brand? Do they seem relatable to your target demographic, or more like an aspirational figure on a pedestal? Which is more important to you?

Your TikTok business vs. creator account are different entities. But if you offer a product or service you know aligns perfectly with a major influencer who is associated with your field or whose hobbies reflect the values of your brand, if they are within your budget, it's a no-brainer to pursue a relationship with them. You have the potential to develop a mutual partnership you’ll both love. However, bigger isn’t always better, and as we’ve discussed, you’ll often find your most ardent converts within communities of respected micro-influencers

Interestingly, even large brands such as Coca-Cola or Gillette are among the brands that work with micro-influencers to isolate and target those niche consumers they want to win over for life. In many cases, your product may not seem immediately relevant to a group of people obsessed with a particular thing, until you realize that your product is actually adjacent to the needs of that group. For example, you might cater to young mothers or single women who want to become more knowledgeable about buying power tools for home renovation or DIY projects. Perhaps you want to appeal to college students learning how a particular food product makes for a great dorm room snack. A micro-influencer can help you get into these kinds of untapped markets. Their following views their content on a daily basis and sees them as more trustworthy than regular advertisers. They can earn you that revenue spike you’ve been wanting to see.

Once you’ve established the partnership, you’ll want to work alongside them to continue building their identification with your brands and leveraging their support to increase your sales. After you’ve onboarded the influencer and made them aware of your own goals and expectations, you can gradually give them the freedom to speak off-the-cuff and promote your brand more extemporaneously. This kind of fan engagement feels genuine and authentic and will resonate even more as time goes on. The influencer creates the feeling of a friend sharing this great  item they came across online, or a neighbor comparing their shopping cart selection in the checkout line. This is the way toward permanent brand loyalty that can go on for many years. 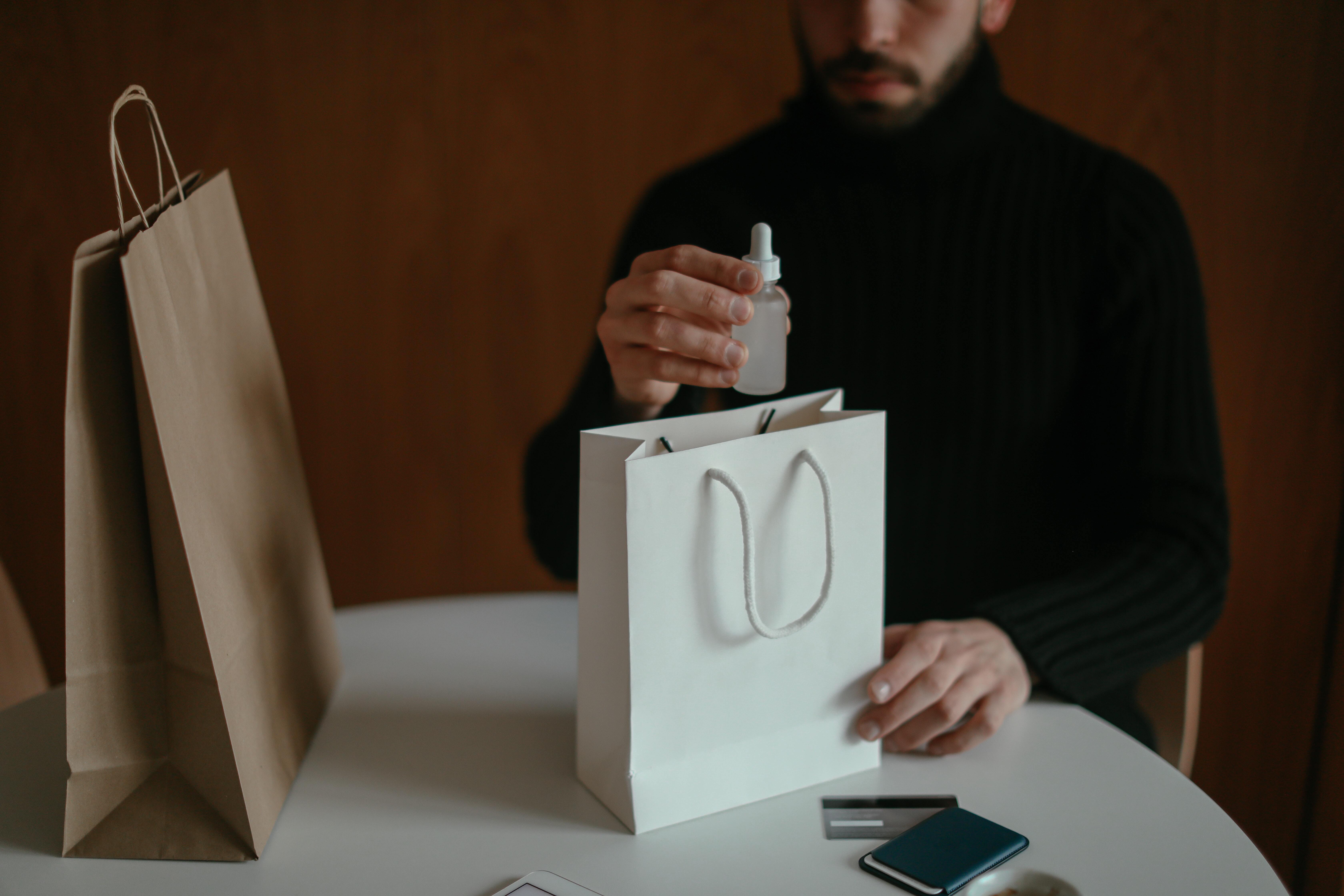 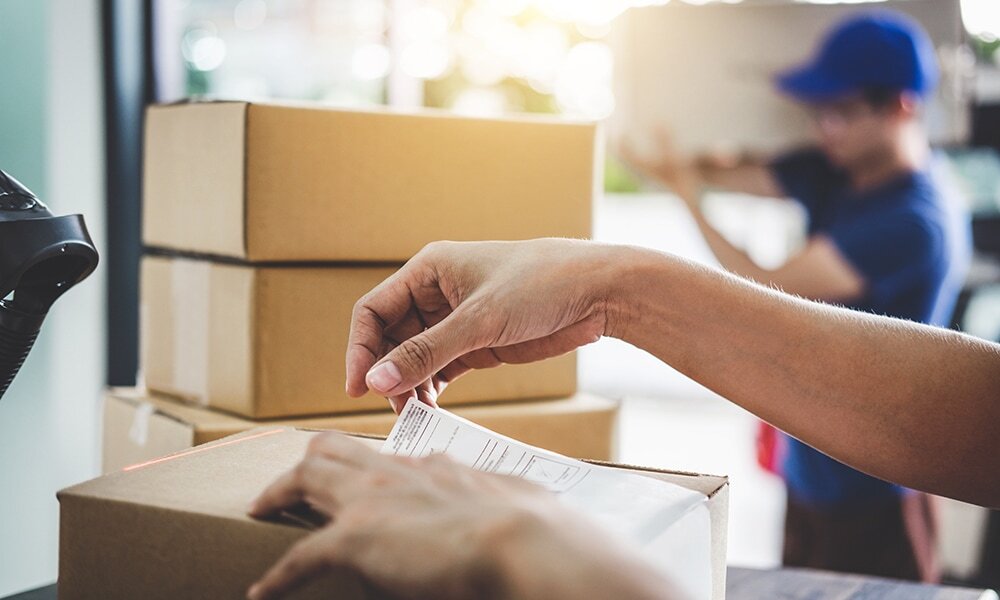 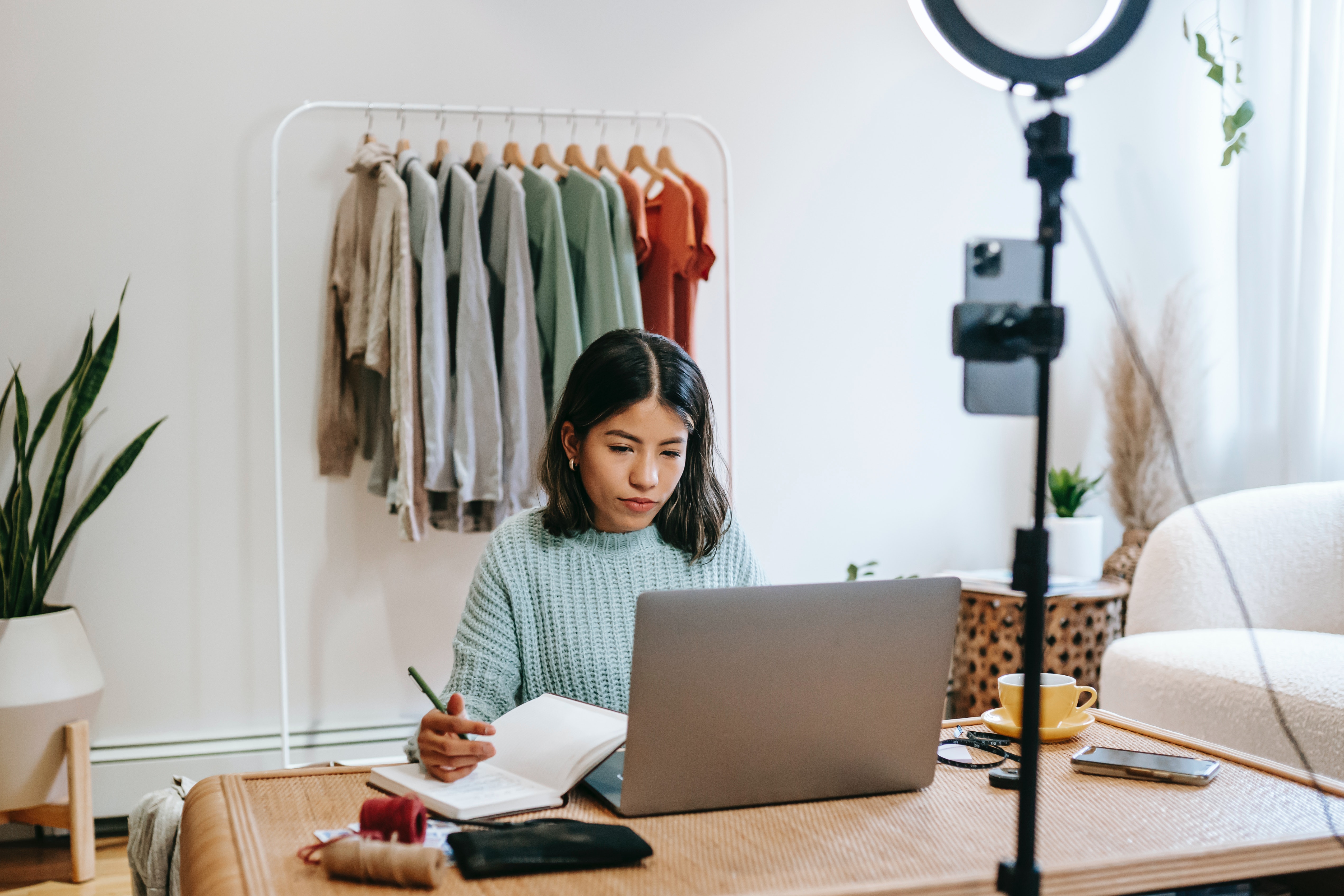